“According to your own ability and personality, do not be afraid to experiment with new and creative techniques for achieving reconciliation and social change.”

– Stride Toward Freedom (Anisfield-Wolf Class of 1959), pg. 169, from the list of “Integrated Bus Suggestions,” co-authored by an inter-racial committee and handed out to bus riders after the successful resolution of the Montgomery bus boycott

“Intelligence plus character—that is the goal of education.”

Professor Arnoff has also provided an audio recording of her reading her essay: 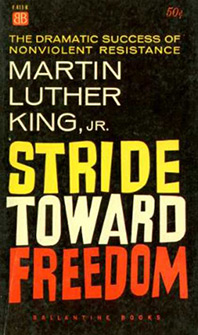 It is 2000. I have been teaching adolescents in a variety of settings for more than thirty years, but only briefly in a traditional school.  On a sunny day in late August I walk into Collinwood High School, nervous, but excited to work with students in special education classes. I head to the office through dark, dingy halls, and already the heat is stifling.  I know I will not have my own classroom, or even a place to leave my purse, but I am determined to make the last years of my career memorable. 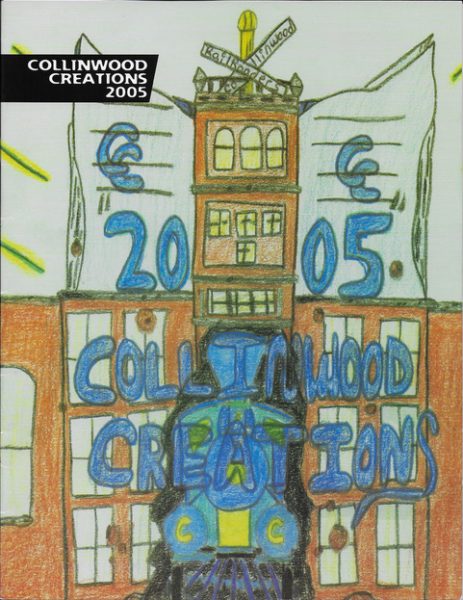 “Memorable” sums up my years at Collinwood, as they challenged everything I had learned about teaching.  Except for one teacher, who became a supportive colleague and friend, no one was interested in having another adult in the room, even though I was there to assist special education students as well as to do some co-instructing if it was mutually agreeable.  I learned quickly that some of the teachers rejected me  because they didn’t want anyone to observe their questionable practices.  One wouldn’t allow backpacks in the classroom, which meant many students would be late because the trek to their locker took too long.  Then she would refuse to let them in because they were late.  Another chose to ignore the rude, disruptive behavior which occurred constantly; an assistant principal  disciplined me for trying to stop it.  Students roamed the halls in packs, and often even the security guards didn’t stop them.  Some teachers covered the small glass panel on the door to keep anyone from seeing what was happening inside the room.

We’ve been marked lesser than the rest

How can we succeed

If they don’t give us the best?

Maybe it’s because of the color of my skin?*

I knew I had to come up with my own plan to deal with the inequities and outright hostility I experienced at Collinwood.  Martin Luther King’s words fit my situation, as I needed  “to experiment with new and creative techniques for achieving reconciliation and social change.” My frustration as an inclusion teacher, as well as my three years as an English teacher with as many as thirty-five students in the classroom and a dearth of appropriate textbooks, meant I had to create something of my own which could  help the students and ease my feelings of isolation and helplessness.  I had always wanted to start a literary journal in which students could express their feelings in poetry or art.  The one teacher who welcomed me into Collinwood graciously gave me the use of her classroom and helped me organize the students.

We have to face it.

They make us build dreams so that they can erase it.

Parents show us their paths so that we will not trace it.

I’m speaking strong words so ya’ll can embrace it.*

The first year I had a handful of students, all of them creative, bright, and excited to read their poems to each other.  There were also a few students who liked to draw.  Together we became  Collinwood Creations. I’d never applied for a grant, but MBNA liked my proposal and sent me $750.  By the second year I was welcoming  twenty or more students each week and had enough grant money to hire a graphic designer.  On the day of publication we turned the classroom into a cafe, with desks moved together to form tables covered with colorful plastic cloths.  We charged a dollar for a slice of pizza and a copy of Collinwood Creations. During that year I also arranged for the students to read their poems at a local book store, where we sold more copies.  At Parade the Circle, a Cleveland event which attracts thousands of people, we sold even more.

What about the kids

who depended on Issue 112

so that they would not fail?

We let ya’ll carry our dreams

and y’all sat them down in hell.

What about our teachers

The ones who made school a second home

The ones that taught us that

is the first step to becoming strong.*

Each year our group grew.  I always baked cookies or brownies, which the students devoured, and they enjoyed themselves so much in this safe, non-judgmental space that I had to beg them to leave after we’d been together for two hours or more.  Several times a year I invited  local poets to read and then listen to the students’ work.  Sales of our journal grew, and one spring we had enough money to take the whole group to Tommy’s, a restaurant they’d never heard of, for a joyous celebration which included burgers, fries, and milkshakes. 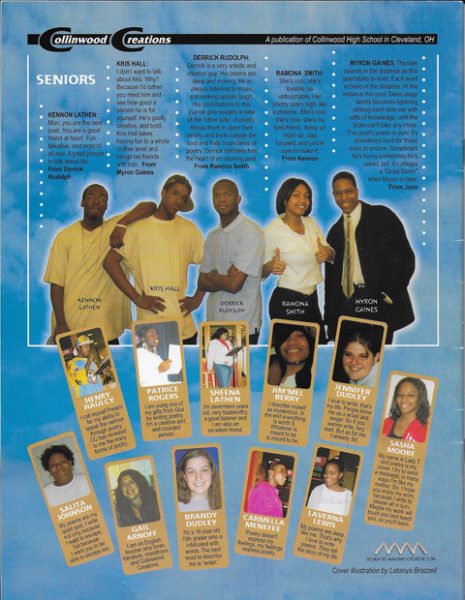 By the fifth year, my last as an employee of the Cleveland Municipal School District (CMSD), it was clear the administration would never support Collinwood Creations.  None of them came to the poetry readings or even stopped in to hear students at our weekly meetings.  When I told the principal I was retiring at the end of the school year but would like to come back once a week to continue the journal, she said I was not to return to Collinwood.  I suggested we meet at the nearby library, but she vetoed that as well.  Her negativity strengthened my vow to make 2005 our best year, and it was.  We hired a new graphic designer, who made Collinwood Creations look as professional as any magazine on a bookstore rack.  We sold more copies than in previous years, and I beamed when I saw students reading our journal as they headed to class.

When I look back at my years at Collinwood High School, there is a great deal of sadness.  On my last day in the building I wept when I saw that my classroom, which I’d had to leave a week before the end of school because of state retirement rules, had been trashed, with graffiti on all the boards, ripped books and torn papers scattered on the floor.  In the following months  I tried to reflect on the positives I’d experienced, the “new and creative techniques” which I’d figured out to reach the students.  Collinwood Creations had stimulated and rewarded a large number of students by offering them a safe place to share their feelings.   The group was composed of a melange of students, from special needs to athletes to students not engaged in the everyday classroom.  A number of students were winners in poetry contests.  Two of them wrote a poem, the one quoted here, which they performed on the radio as well as at a CMSD board meeting.  Students at first too shy to talk in front of the group eventually read at a local bookstore.  A number of them went to college, a few to graduate school as well.  One especially interesting student graduated summa cum laude from Baldwin Wallace and went on to win a national award in a speaking contest.

Collinwood Creations did not solve the many problems at Collinwood High School.  But it made me a better teacher, as I had to use my own resources to reach the students,  through my own “ability and personality.”  I was not familiar with the quote from Dr. King, but thinking about it has helped me reflect on an experience which could have left me only bitter and disappointed.  I walked out of Collinwood sad to have to abandon so many students I loved, but satisfied I was able to reach many of them and maybe initiate some “social change.”

Dr. King wrote, “Intelligence plus character–that is the goal of education.” My poets certainly had the intelligence; I hope that my efforts helped them build their character. When I walked out of Collinwood on a sunny day in late spring 2005, I left behind the dark, dingy hallways, the cockroach-infested teachers’ lounge, the angry teachers, my own frustrations.  What I took with me was the courage of so many students who expressed their feelings in the poetry they wrote.  But the sadness remains, even fifteen years later. In the words of Carmella and Patrice,

They say they ready but where’s the rush?

They say they strong; they not too tough.

They gave us some rights, but it’s not enough

Maybe they don’t want it, but what about us?*

*from “What About Us,” by Carmella and Patrice.  Collinwood Creations, 2004.