Cheryl D’Mello is an English Lecturer at the Metropolitan Campus of Cuyahoga Community College (Tri-C). Her essay, titled “The Indian Within,” was inspired by a passage from Tommy Orange’s novel, There, There (Anisfield-Wolf Class of 2019). 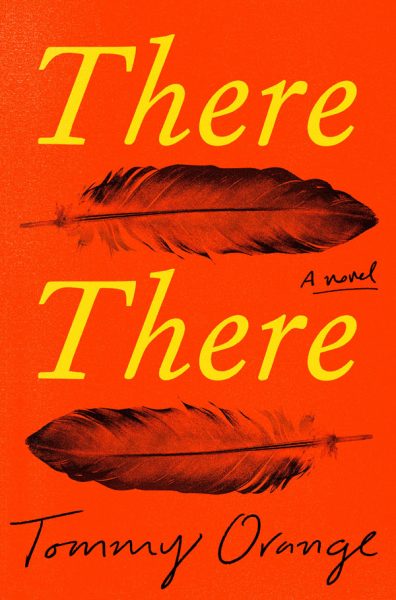 “…learning about your heritage is a privilege. A privilege we don’t have. And anyway, anything you learn from me about your heritage does not make you more or less Indian. More or less a real Indian. Don’t ever let anyone tell you what being Indian means. Too many of us died to get just a little bit of us here right now, right in this kitchen. You, me. Every part of our people that made it is precious. You’re Indian because you’re Indian because you’re Indian,” she said, ending the conversation by turning back around to stir.”

It was the summer of June 1998 when we landed in Lansing, Michigan as immigrants. We were blessed to have relatives to love and support us in our journey. I marveled at the shiny stores, the crisp air that we breathed, the green acres of parks to walk in, and the silence that crept up on me quickly. It felt strange to leave behind the harsh screeching of traffic and the jostling of crowds at the railway stations, the cacophony that is India. This was America.

In the midst of our desperate search for employment, my panic set in. We were here forever. There was no going home. My husband was more comfortable than me, and accepted the change more easily.

I was fearful for my children. Would they become unrecognizable? Caught up in the new culture, they enjoyed the light schoolwork, the banter with the neighbors’ kids, the sleepovers and s’mores, and the excitement of festivities. On Halloween they ran through the dark with a pillowcase full of candy, their laughter resounding. I could see their happiness.

I was miserable and hid it behind a frown that has stayed etched on my forehead. I had to hide the glazed look in my eyes, the rapid beating of my heart as I thought of our lives spent here. I truly felt like the resident alien I was for 5 years till we became citizens.

The snow did not bother me, nor the fear of Midwest tornadoes. It was the turmoil within, the desperation to go home to family, and to my old piano. The piano became a symbol of all that I yearned for. I had not appreciated it when I was there, but now that I was far away, I longed to touch its yellowed keys.

I continued going to nearby Catholic church, as I had done growing up. The priest was welcoming, but I felt my brown skin stand out in a sea of whites. It was a new experience. I found solace in prayer and comfort in the thought that I was in God’s care. I had been a minority in India because of my religion. Here I was a minority because of my race. It was just an exchange of statuses.

Twelve years later, when I attended college in Cleveland for another degree, I first discovered the abundant literature about immigration and its impact on the spirit. The brokenness in the beginning, and how for most people at least, it’s a concrete decision to embrace the new life and make the best of it.

Yet I worried about my children. How would I teach them to stay Indian? Would they bother to go home and visit relatives we had left behind? Would they treasure the spices we brought from home? The curry and rice we ate daily? Who would they marry? How would they change?

In the end, I had to give in as there was no going back. Change was certain, but I often reminded them of who they were and where they had come from. I realized that my dilemma is one that is common to almost every immigrant: How to remember the past, accept the present, and get ready for the future. In my journey, my identity would be that one precious link.