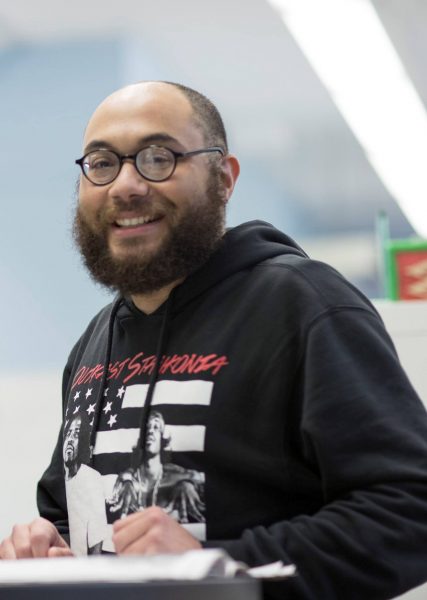 Christopher Cannon, a member of the CHC’s second cohort, is in his senior year at CWRU, where he is pursuing a double major in English and history and a minor in Spanish. He recently led a project that he describes as an “act of decolonization.” His project focused on the indigenous identities of colonized people by looking into the folklore of ghosts and spirits in postcolonial literature and art. Ghosts, he said, “play major roles in solidifying sociocultural/sociopolitical identities” in novels like Alejo Carpentier’s El Reino de Este Mundo, Leslie Marmon Silko’s Ceremony, and Gabriel García Márquez’s Cien Años de Soledad.

For this specific research project, Christopher used Cuba as a base to analyze the West African influence in El Reino de Este Mundo while highlighting the cultural similarities this novel had with Toni Morrison’s Beloved. He also dedicated a section in his paper to how ghost stories and urban legends structure behavioral norms for children. Eventually, Christopher hopes to publish the essay.

Christopher said that this was a very introspective and personal project for him. He comes from a culture that addresses death very directly and believes life and death operate in a circular spectrum. Christopher’s mother passed away shortly before he left to study in Cuba, so he feels that there is an “intangible spiritual experience” that coincides with completing his project. He says, “She lives through me and my words. We are both the retainers of our histories.”

Previous
Next
Scroll To Top