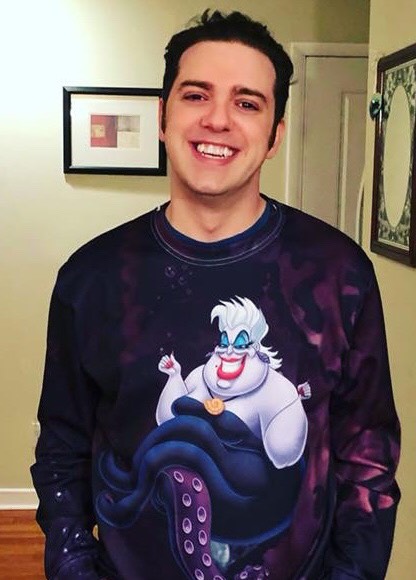 Matthew Davison, a double major in English and religious studies, didn’t start out studying the humanities. He originally went to Cuyahoga Community College to move up in an office job. He took some religious studies classes on the side, and absolutely fell in love with the subject matter. After talking to Dr. Kimberly Lenahan, the CHC Student Advisor, about the Cleveland Humanities Collaborative, he decided to join to further study this subject he was passionate about.

When Matthew isn’t in class, he said he enjoys exploring the different chapels around Case Western’s campus and going to parks like the Euclid Creek Reservation. He enjoys the peace and quiet both in churches and in nature. He also enjoys listening to music, closely watching movies, and spending time with his rescue dogs.

In the future, Matthew plans on continuing his education and get his Ph.D. Ultimately, he wants to teach writing at the college level and study how pop culture is influenced by religion and literature.

At the end of our conversation, Matthew gave some advice for those that might be thinking about what to do with their education. He said if there is something you are passionate about and want to do, you should go ahead and do it. He said he never thought he would be where he is at this point in his life, but he is very happy he took advantage of this opportunity.

Previous
Next
Scroll To Top